The Day He Sang, creative nonfiction by Leah McNaughton Lederman 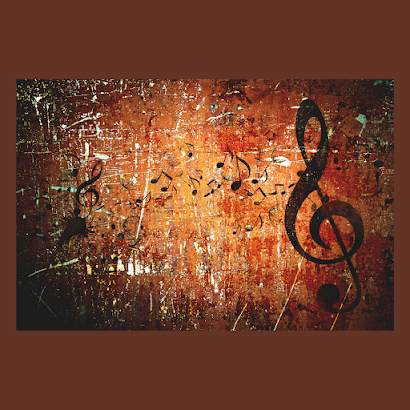 He was coming around the side of the house, naked to the waist—naturally, since it was over sixty degrees—swinging a wrench in one hand. That’s pretty standard, too. The only thing different this time was that I heard my husband before I saw him.
And he was singing.
The voice that boomed through my childhood was my father’s, calling up the stairs, shouting through the halls of the church, loud and sharp, sculpting the air like a putty knife on clay, then lower and more resonant, rhythmic and honest, enunciating each word to make a point—a necktie on each syllable.
My own alto caw never got me anywhere but the chorus, despite the hopes of a callback audition senior year. I didn’t get the part and the girl who did flubbed the high note. I’ve never forgiven her for it. I belted the same song mercilessly from behind the safety of my seat belt, bowing to an imaginary audience at the red light. Burnt out and second-string to begin with.
Like anyone else, I met my husband’s voice before I met him. It pushed its way into the room, into my head; it drowned out all the other voices, punched a hole in the sky. It sucked me in when he whispered to me and I never came back. Its edges were sharp but not a scissored edge, simply well-formed, well suited to the air around it.
I'd been with him longer than I hadn't, the day I first heard him sing. We’d had children, been to jail, been to funerals, lost jobs, moved to new cities. We had done all the things any married couple does, and like any married couple everything we did was peppered with love and fear and anger and affection and indignation.
He had sung before, snippets of the song sarcastically embellished. He would draw out the tune, roll it around then drip it out the side of his mouth before slurping back a wrong note. His only intention was to make me roll my eyes, to make me yell at him to stop.
That day, though, the whole yard listened, wondering about this new sound, this diesel engine barreling through a Johnny Cash tune. My husband’s voice, the deep baritone, rang out against the trees. It shook and wavered, the confident vocal cords now a child taking its trembling first steps, but certain of their destination. His voice, naked and defiant, offered up an uncertain prayer in an unfamiliar key.
He reached the end of the verse. Whether he'd forgotten the rest of the words or simply lost his nerve, I’d never know.
What would change if he started to sing, if the yard grew to know his voice?
Maybe I could sing again, too.
The air curved differently around us now; our house leaned in, curious, hoping for more. But the song had stopped and he walked on, as unaware of my presence as he was the impact his song had made.


Leah McNaughton Lederman has created and edited two volumes of Café Macabre: A Collection of Horror Stories and Art by Women (SourcePoint Press, 2019; 2021) as well as her own short story collection: A Novel of Shorts: The Woman No One Sees (2020). Her creative nonfiction has been published in The River and South Review and Defenestration Mag, and she was nominated for a Pushcart Prize for her essay “My Bleeding Heart” in the online anthology, What is and What Will Be: Life in the Time of Covid. Leah has been a freelance editor for ten years and is active in several writing communities in the Midwest, where she lives with her husband and an assortment of children, cats, and dogs.