Once a year, the men you worked with at Creviston Steel assembled in the parking lot across from the railroad tracks with their pistols and rifles. The weather was always warm and clear. A weekday in Spring. Following a gesture from Fast Eddie, they left the break room during lunch to retrieve an arsenal of weapons from the trunks of their Oldsmobiles or from the gun racks in their pickup trucks. You watched from the dirt path to the shop, an outsider to this gung-ho celebration. It was the dawn of the trickle-down era. Ronald Reagan had promised to create a million jobs. In the parking lot, the men aimed their firearms at the sky. At the small Odd Fellows lodge across the street. No crows were killed. No windows were broken. Your co-workers spoke in hushed tones. With none of the mockery about the poems you wrote that didn’t rhyme. You didn’t know enough about guns to ask the Preacher to explain the difference between a rifle and a shotgun. But you’d heard Dirty Harry proclaim the .44 Magnum, “the most powerful handgun in the world.” You operated the plate shears and punch presses. Wore mufflers to protect your imperfect ears. They called you “One-Button Man” because you couldn’t weld or drive a tow motor. They questioned your intelligence when you paid $600 for an Italian ten-speed. The men in the parking lot ignored you during those informal National Gun Days. Spared you the teasing they fell into whenever you brought a book to read. Called them “flying horse books.” Cheap Brazilian steel that buckled under a brake press shuttered Max Creviston’s shop. A year after the last gun festival, you and the other union officers found pink slips behind the time cards at the end of an overcast afternoon. But for ten years, every time the end-of-break whistle summoned you away from the guns, you surrendered a certainty you once called America to a ritual you never understood.

Michael Brockley is a retired school psychologist who lives in Muncie, Indiana. His poems have appeared in Hobo Camp Review, Unbroken, The Thieving Magpie, and Flying Island. Poems are forthcoming in Last Stanza and the Indianapolis Anthology. 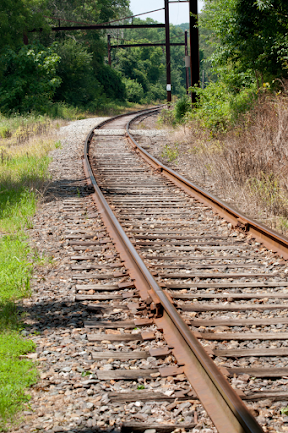