The Triumph of Mitch, fiction by Joseph Mollica 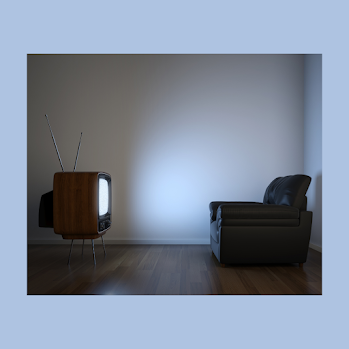 When Mitch texted Gabe that he was flying into New York on business, and that he was bringing along an enthusiastic companion who’d never been east of Lake Tahoe, and that the only night he was free was tomorrow night, it felt to Gabe like they were once again in cahoots. “Door’s always open,” Gabe wrote in his return text, along with his address, to which Mitch responded with a photo of the Stanley Cup, held aloft by an ecstatic player with the shit-eating grin of none other than Mitch.

Gina came home and peed and Gabe told her about Mitch. Gina on the bowl said, “You did that?”

Was it failure, he thought, to remain loyal when it was so much easier to let time and distance silently dissolve their bond? It was not, he should have said. If Mitch transformed into an orange hazard cone after dark, that was his right. Shocking it wasn’t that a man of Mitch’s rakishness was predisposed to collect women for whom his atavistic drunken boastfulness was like the beckoning of a king for his harem. For your oldest buddy, you turned the other cheek, or admired from a safe distance. And when your oldest friend did his famous now-you-see-me and appeared spontaneously in the midst of your rapidly-passing life, you chalked the timing up to the fulsome novelty that was Mitch – and thanked your lucky stars you still had a friend who trafficked in the unpredictable. If you had to DVR an episode of Anderson or Rachel, you made sacrifices. You covered for weaknesses like an expensive security detail.

“Mitch bringing a date,” Gabe said. “Not Mitch alone. Plus, I saved us a night out with them.”

“Did he catch her name yet?” said Gina. The toilet flushed.

“I’ve heard he’s been doing really well,” he heard himself say. A mutual acquaintance had told Gabe that Mitch was “killing it” in L.A. real estate.

“Good for Mitch,” she said.

“Right,” she said. “Because all this time Mitch has been on a journey of self-discovery?”

“Why not? My bet is, as soon as he finds the right girl, he’ll need a minivan to tote all the kids around. We’ll maybe never hear from him again with all the parental obligations.”

“A family-oriented Mitch,” she said, “that’s what you’re going with? He’s a little old for that line of thinking. You both are.”

“Resent him, go ahead,” he said. “Or me. It’s okay. He can be a prick, yeah, granted. But an entertaining prick, don’t you think? A harmless prick, relatively speaking if you keep your wits about you. And you know that he loves you.”

His wife’s laughter was a sound he still prized. “I don’t want to waste too much brainpower on him, but the rule of small doses applies here, doesn’t it?”

“He lives on the opposite coast, babe. How could the dose get any smaller?”

“You’re right,” she said. “He does usually try to be nice to me, at least. Have you ever noticed that he doesn’t curse in front of women?”

He walked up behind her and put his arms around her waist. He kissed the back of her neck and took in the scent of her. What was it? A raging beast? A helpless baby? Every one of his senses was in confused decline. A malevolent stranger was at his motherboard twisting nobs from high to low, low to high.

“I can’t make anything good on short notice,” she said, holding the handle to the fridge like she was expecting a sudden grinding of airbrakes.

“We’ll order pizza. Did I ever tell you about the time Mitch pranked a delivery guy into thinking he was a prostitute? He had this wig.”

“What’s really the worst is when he gets so drunk he starts talking very seriously about his family. Like he’s reciting some ancient mythology and we should all think it’s so very important, and the next minute he’s staring at your tits like they’re the last pair on earth. It’s like, write a memoir or something. That’s what sluts do.”

“He’s bringing a date. He’s here for work. The stories will be abridged. You want me to warn him to be on good behavior and abridge the stories? Because I will. He won’t care if it’s from me. And maybe he’s changed a little, right? A smidge? Can we operate on the premise that maybe he’s not the same old Mitch? Shouldn’t we hope that our friends’ lives’ improve? We should root for him to heal, to at least get better, he’s so broken. They all are.”

“I’ll tell him no pre-gaming. Stay off Pop’s war stories. No tick-inspecting. Those days are over, anyway. You said so yourself.”

“What are the odds she’s as big a floozy as he is?” she said. “And who brings a date on a business trip?” Here she air-quoted business for good measure.

“Didn’t you just … ” he said. His wife had moved from his grasp to the fridge to the arm of the couch to the space between the couch and the coffee table, where she now organized a surfeit of New Yorkers. Why did they keep all the old ones around? He knew they were thinking the exact same thing at the exact same time, and that killed him a little.

“We’ll hide the booze. You don’t mind Mitch. C’mon, seriously. You met his father at the wedding, remember? I’ll get some beer. Beer or wine?”

“Ok,” she said. “Let’s forget about Mitch till tomorrow.”

She returned to the fridge. He watched her top half vanish into its cold emptiness. Then out with a bottle of wine. She tipped it into the light and returned it.

He shooed the cat off the arm of the sofa and discovered a fresh tear in the cushion. He licked his finger and dabbed at the fabric, then scratched at it and made it worse.

“He’s not going to be offended by some dust,” he said. “We’ll just let him talk about himself and then politely put them on their way. Look, can we give him the benefit of the doubt? The word is he’s doing well.”

“You said that already,” she said.

It quickly became the time between getting home and going to bed, the time of rituals. She took to the bedroom, drawers opening and closing, the unscrewing of things and the shaking of cloth. He to pour brandy into a snifter. Lately, he’d been studying up on sophisticated booze; he hadn’t meant it to happen this way, but it seemed all of a sudden he had the taste of a middle-aged, middle-class white man bordering on sensible sophistication. For example, he desired a leather club chair. The brandy he was drinking now on the cat-tattered couch was Spanish – raisins, figs, and clove – and cost him the equivalent of his phone bill. It seemed almost out of his control. On the rut of least resistance he had fallen so far behind he was getting way ahead; he jumped the lines, he tried the back way, hoping it might be better there. But Mitch was causing his damage in the present; his was a game to abort when you didn’t like the way the wind was blowing. Gabe envied that kind of agency – the glorious option to fuck things up and make them better again. For that he’d give up something.

“Have you seen Pushkin?” Her voice from the bedroom. He came back from some faraway place, but the low ceilings felt somehow lower.

“I just saw him here somewhere,” he called, giving a courtesy look under his feet.

When, he thought, were you permitted to start feeling old without sounding like a groveler? Because he was there. He awaited permission from some higher power to begin the groveling – about his work at the magazine, about his wife, about things like sherry and mid-century modern furniture and geopolitics. About people who didn’t clean up after their dog and the death of the greasy spoon. About the personal hardship of having to locate a center when his current inclination was to simply splatter. About Mitch. He thumbed through an old issue of The Economist and stopped on an article titled, “How the West got China wrong.” The West has gotten everything wrong, he thought.

She returned in pajamas, got down on her hands and knees, grabbed blindly under the couch. “There you are, you rascal,” she said, finding Pushkin hiding from the world in the webby darkness.

He picked up the remote and programmed the DVR to record tomorrow night’s episodes of Anderson and Rachel. They usually toggled back and forth, but he liked to make an effort to watch both – sometimes even back to back, binging on the sulfuric prattle of indignant talking heads.

Now she pushed a pillow into the couch, fluffed another with professional integrity. He pointed to a fresh tear in the arm of the sofa. She shrugged. “Leave it or you’ll just make it worse,” she said. She got out the wipes and went to the counter and began cleaning in a child’s cloud-pattern.

He put down the snifter and grabbed an old sponge from the kitchen sink and dragged himself into the bathroom. The truth was that he complained about the germs in the subway, but the rim of his very own toilet was scandalous. The bathroom was his domain, the kitchen hers. That’s how they sorted it out. But when was the last time either of them had scrubbed? Really scrubbed till the sparkle returned to the grout? And why was there nothing in the fridge but a few half-finished bottles of wine and some crust-bitten condiments?

When he was finished, he returned to the couch and to the snifter and to the time Mitch pulled a urinal out of his mother’s restaurant with his bare hands. Bogota with the clingy street girls and the bad coke and the armed security. Twilo when they swallowed whatever the guy in the Native American headdress pulled out of his sock – all the seedy corridors, all the comely strangers touching each other as healers do the blighted and malformed. Mitch’s eyes pinned into nocturnal dots of fire – he’d seen Mitch possessed, literally grasping for something firm to hold onto. Knowing him then so clearly, and wanting to be rid of him. Muscle memory: the terror of dawn light, the sore necks. Bitter breakfast among the early drifters at what must have been the last of the greasy spoons.

She sat finally at the opposite end of the sofa.

“He’ll be here for an hour or two at most and then he’ll walk back out the way he came,” he said, “and then you won’t have to see him again for a long time. Maybe forever. He might not even show up.”

“He probably won’t,” she said, and then she got up to feed Pushkin. He poured himself another brandy. He took a deep sniff and made a wish. And then slowly his thoughts returned to the leather club-chair, and how he would protect it from the cat. The space between them closed as words piled in front of the TV, and they watched that night’s Rachel to the very end.

Joseph Charles Mollica was born in New York, NY, and raised in Astoria, Queens and Shelter Island, NY. He is a writer, teacher, former newspaper reporter, and graduate of the MFA program at the New School. Read his forthcoming short fiction in Thin Air and Bull. Previously, his stories have appeared in Waxing & Waning, The Northville Review, The Blood Pudding, and Passengers Journal.