My Shame Is the Bowl of Duck’s Blood Soup, a poem by Natalie Solmer 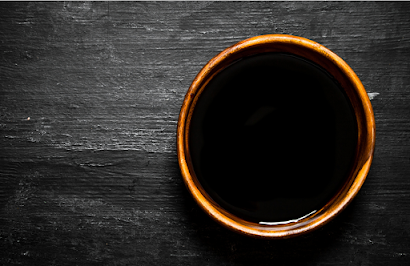 My Shame Is the Bowl of Duck’s Blood Soup

My mother as a child at Easter

ran from the table & refused to eat.

My shame is my mother looking into the bowl

& seeing a future daughter only brought to her

after too much blood & babies lost.

I would bring shame, unlike the first:

locked inside my mother.

Even when she, before birth, suspended

As she grew & entered into the rooms

filled with the shame of four daughters

and the parish priest at the dinner table every Sunday night.

Something snapped in their mother

when they grew breasts.

But of their mother, they all say,

One evening, she came home from confession

and could not get out of bed.

She went away for awhile.

Though of that part, my mother says

If I don’t remember it, it didn’t happen.

They all say she had proof miracles were real.

But when they asked for proof,

she said some secrets

are for the grave.

Natalie Solmer is the founder and Editor In Chief of The Indianapolis Review, and is an Assistant Professor of English at Ivy Tech Community College. She grew up in South Bend, Indiana, went to Clemson University in South Carolina and majored in horticulture. Before her return to grad school and career in teaching, she worked as a grocery store florist for 13 years. Her poetry has been published in numerous publications such as: Colorado Review, North American Review, The Literary Review, and Pleiades.